Swimming My Way Around North Harbour 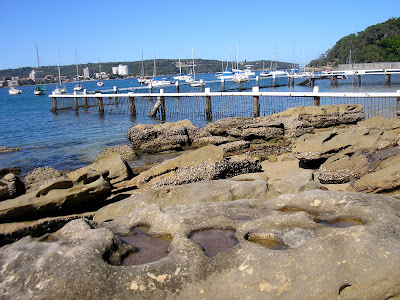 One of the many pools and beaches to be found along the Manly Scenic Walkway. Today is the first time that I have ever swum here. 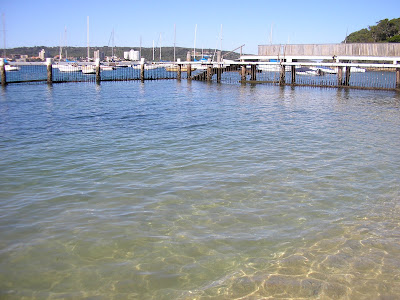 Another welcome swim in the warm Autumn sun. 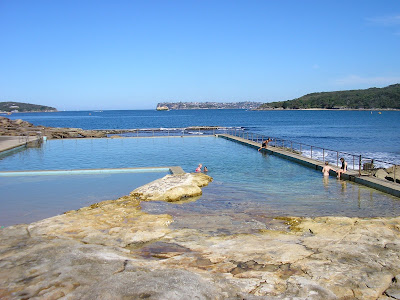 This is a gorgeous little pool on a pretty little harbour beach. Notice the view out to Sydney Heads and beyond to the Pacific Ocean. 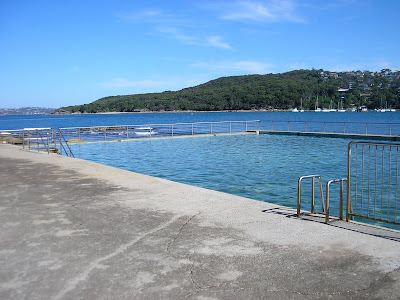 It's been many years since I last swam here. I'd forgotten just how good this pool is. I spent quite a bit of time in the water here today. 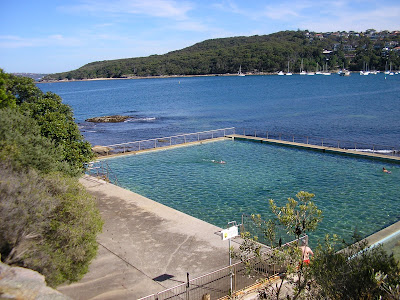 Above Fairlight Pool looking back towards Forty Baskets Beach. 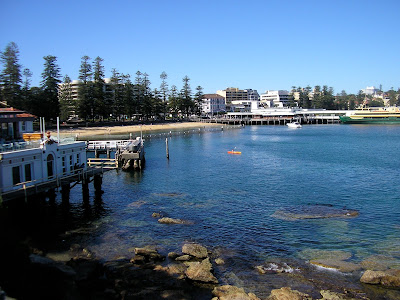 Arriving at Manly Cove after walking from Fairlight Beach. The ferry back to Sydney is tied up at the wharf. It's difficult to see in my photo but the swimming enclosure takes up most of the beach. The building on the left is part of the Oceanworld aquarium. 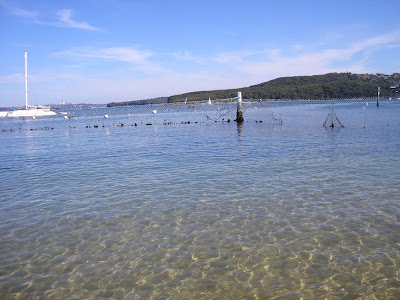 In the 1940s they used to use the slogan, "Manly: seven miles from Sydney but a thousand miles from care", to lure Sydney's workers over to the beaches and other seaside attractions here. It is still a very busy spot with large ferries full of daytrippers coming and going every half hour. Some stay on this calm harbour beach to swim, but probably most walk the short distance to the incredible surf beaches. 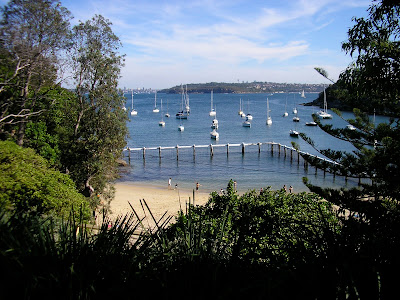 Another beach and pool that I had never been to until today. It was getting late, but the sun was still really warm. This was my last swimming spot, so I was going to just relax and enjoy the last of the afternoon. 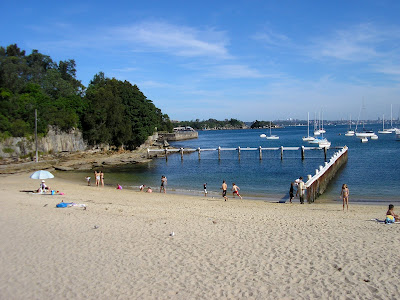 So, I finally swam my way right around Sydney Harbour (or, more properly, Port Jackson). This section of the swim trek started at Watson's Bay a few days short of a year ago, then continued in December and has now been completed over these last two weeks or so.
There's still the Northern Beaches and their ocean baths to be tackled, but that could be another year away.
Posted by Chris at 11:43 PM