The second day of an attempt to swim from Cronulla to Bondi via ocean rock pools and tidal baths. 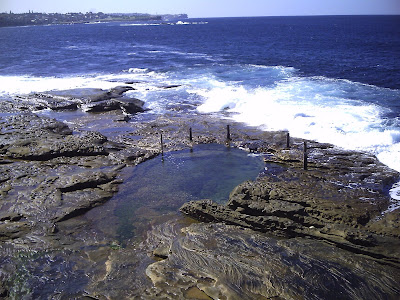 Ivo Rowe Rock Pool (South Coogee)
Even though I'd lived in Coogee for many years, and had walked the coastal path to Maroubra to swim at Mahons Pool many times then and since, I had always missed this little ocean rock pool. It was only about 18 months ago I found out about it on the NSW Ocean Baths website (link on this page). Today, with surf breaking into the pool, it was like a cool saltwater spa. 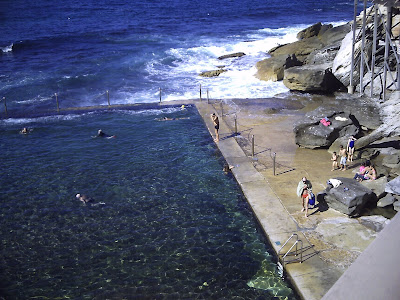 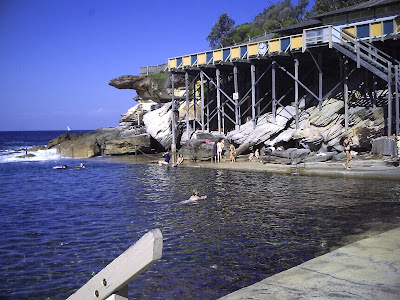 Wylies Baths (Coogee)
Easily my favourite of the Sydney Ocean baths. I have been coming here for nearly 25 years. In the eighties I used to be a year round member with my own key. This meant you could swim here long after most people had gone home in the summer. Also, back then, Wylies used to be closed to the general public during the winter months and only key holders (and the Maroubra Dolphins winter swimming club on weekends) could swim here then. In those days there were only a couple of cold showers and it could be a bit on the chilly side after a long swim in sixteen degrees (or less) water. These days I still go winter swimming here but now it's open to the public all year round and there are welcome solar heated showers afterwards. 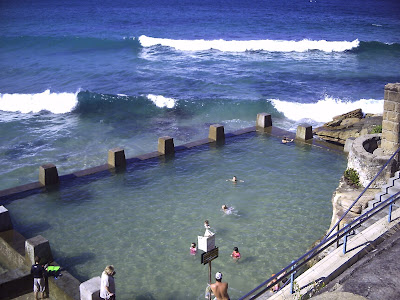 Ross Jones Memorial Pool (Coogee)
When I lived in Coogee, I used to love coming for a swim here very late on hot summer nights. The water was always cool, and there was a great light effect on the waves from a streetlight up above here. 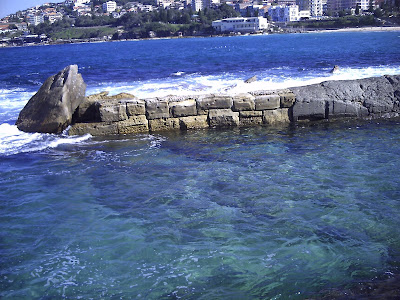 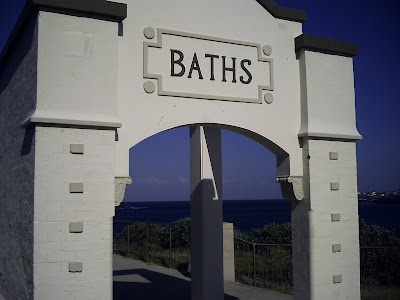 Giles Baths (Coogee)
I used to come training here when it was still Giles Gym in the eighties. We'd do a few weights and run along the beach, but the best part, I thought, was the combination of a sauna, then a swim in the rock pool below, then a dash back up the steps to the hot seawater spa. This was great any time of year but especially in the winter. These days I still love swimming in this pool.

Clovelly Bay
I was going to swim in Clovelly Pool, but the council had emptied it for cleaning. Anyway, Clovelly Bay is itself like a huge rock pool with its breakwater of huge rocks and its extensive concrete decks. I used to come scuba diving at night and snorkelling in the daytime about 20 years ago. 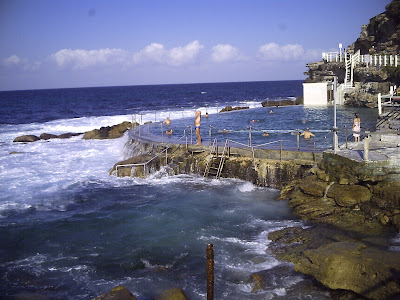 Bronte Baths
Only about the third time I've swum here, though I used to come bodysurfing here a long time ago. 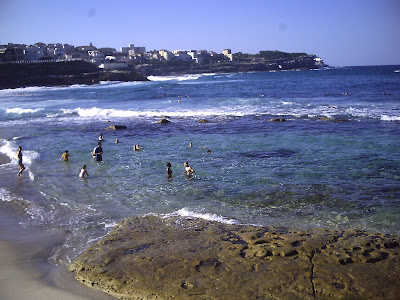 Bronte Bogey Hole
I had a very leisurely swim here. The water was so clear. It has been really clean everywhere I've swum these past two days, but especially so here. 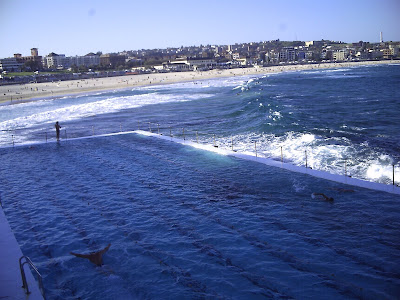 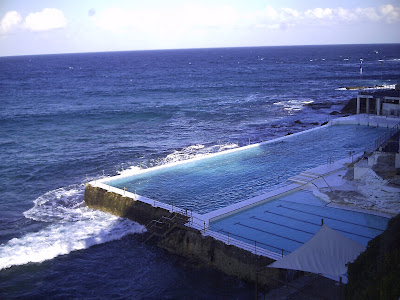 Bondi Baths
I haven't swum in Bondi Baths for over twenty years. They've long since renovated the Icebergs clubhouse, and fixed up the baths. Today I did several lengths here in the late afternoon shadow. 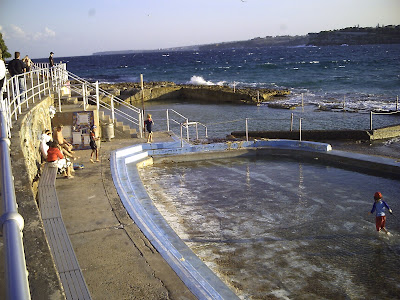 Wally Weekes Pool (Bondi)
You can see the North Bondi Children's Wading Pool in the foreground of the photo. The Wally Weekes Pool is behind it. There was just enough water in here to complete a few strokes of lazy breaststroke.

So I made the swim from Cronulla to Bondi using the ocean rock pools and tidal baths. At this point I decided I'd like to carry on and swim along the southern shores of Sydney Harbour using the tidal baths and swimming enclosures. So, on to day three.
Posted by Chris at 3:29 PM